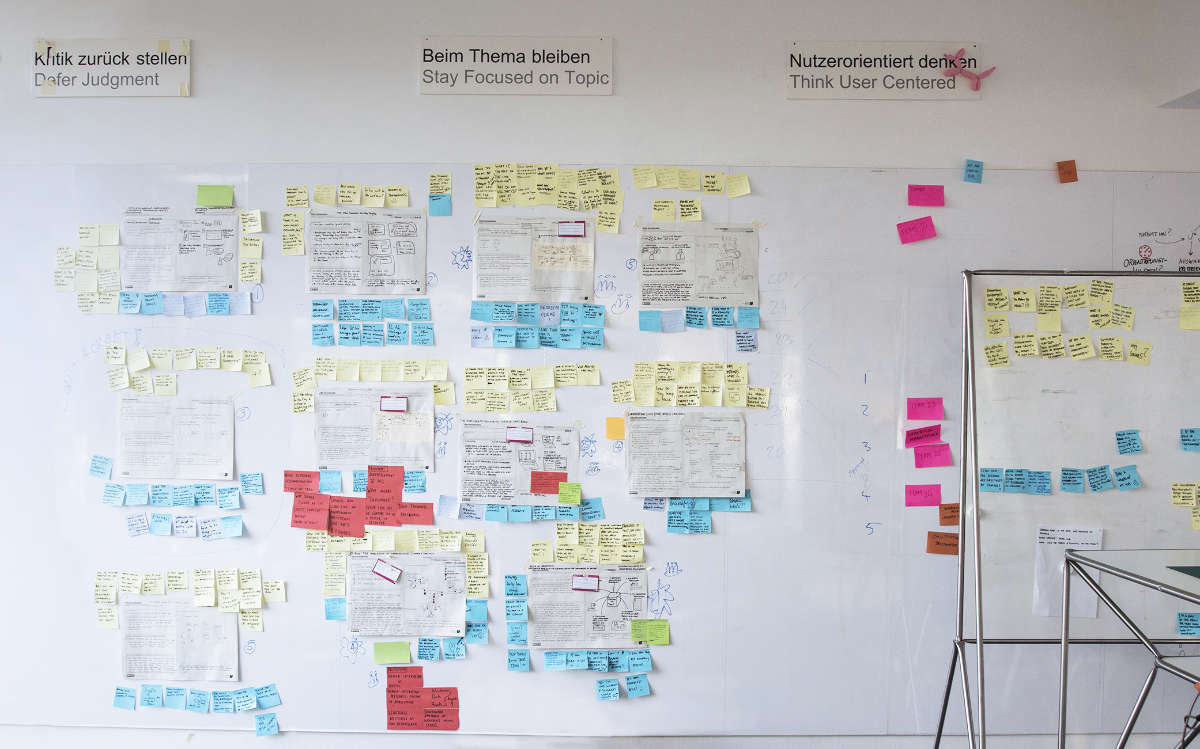 By
Haiko Kaczmarek
September 15, 2020
The world is in a rapid process of change and is becoming more and more complex. This is driven by new technologies (artificial intelligence, language assistants, block chain, and so on) and companies like Google or Apple, which have left old, well-established processes, ways of thinking, and structures behind. How can we remain competitive even in these times and deal effectively with the increased complexity? Design Thinking is a systematic approach that focuses on the human being and enables us to master the digital transformation with the mindset of the new world.

What is Design Thinking?

Design Thinking is a creative innovation process that focuses on people and their needs in order to creatively solve complex problems. An iterative, interactive, and non-linear approach gets to the bottom of the problem and simultaneously integrates users and their needs into the whole design and development process. The three factors of people, technology, and economy are specifically combined to arrive at innovative solutions.

The process originated in the 1980s at Stanford University in the USA from the question of how to design future innovations in a user-centered manner. The designer's creative process was taken as a starting point in order to make his or her creative methods accessible to other areas.

The process is divided into 6 phases, which are iteratively and heuristically run through several times in small teams. The innovation results from a systematic design creativity in a team process in which the external customer is involved.

The problem is defined and a uniform understanding is established in the team. This is an important starting point, since often everyone talks about the same topic, but imagines it differently. If the problem is not defined properly, it will have an impact on the quality of the results in the next phase. Different directions, with completely different emphases, can arise. On the one hand, this results in time that could have been used more sensibly and on the other hand, it creates dissatisfaction amongst team members whose results may not be used further. At a Design Thinking Hackathon, a cooperation between the Hasse Plattner Institute (HPI) and Rolls Royce, we invested more time in this phase than the other teams. In the end, we were faster because this additional effort paid off later and because of the common understanding, we were much more effective and efficient in the following process steps.

In this phase, the aim is to find out the needs of the user and to establish an emotional connection. This can be done by interviewing, observing, or interacting with the user or by following in the user's footsteps to see, feel, hear, smell, or taste the world from the user's perspective. To make this as targeted as possible, an interesting user group is identified in the understanding phase. In cooperation with the HPI and the Office for Foreign Relations on the topic of digital cooperation and diplomacy, we have used our own knowledge from virtual meetings to subsequently ask focused questions to diplomats and explore the problem of their work in the virtual world. Due to the Corona Crisis, we had previously spent two months meeting virtually in teams two days a week and were able to experience first-hand what the transformation of meetings into the virtual world means. Now it was important to expand our knowledge with the diplomat specific requirements.

The knowledge gained is consolidated and reduced to the most important core statements. For this purpose, the first step is to sift through the collected information. Usually, a large amount of information is collected in different ways by the team members and then clustered. Through clustering, similar information is brought together, interpreted, and given a descriptive title. Here it makes sense to provide each cluster with a short text that presents the core insight in an easily understandable way. The following questions are good examples of useful core insights:

- Is this a new insight?

- Does it have an impact on the design?

- Is it relevant for the project?

- Does it tell an inspiring story?

This gives a good overview to reduce the cluster(s) to the relevant one(s) to be followed up. Now we build a user perspective from this, for which ideas are generated in the next step.

Brainstorming generates as many ideas as possible. In the first step the quantity is more important than the quality. Here it is important to consider that there are no bad ideas. Every idea is good, no matter how abstruse it sounds. Often the best ideas come from a crazy idea that at first glance is not feasible. These ideas often bring other people to new thoughts and a chain of ideas is created, at the end of which there is often a very good idea. In addition, the negation of an idea has a psychological effect in that the person will become less active in the further course of time. The generation of ideas takes place in a defined time unit. Only ideas which progress to the next step are sorted out. Here you evaluate the ideas and decide which ones you want to develop further.

The ideas are visualized and built to make them tangible for the user. Here there are several possibilities for how the prototype can be designed. If it is a physical product, it can be built in real life. The core result is that the customer can touch the product and try it out. The story behind the idea is realized and made tangible.

The prototypes are tested with the user to get feedback. After an analysis of the feedback, a decision is made on how to proceed. Here it is possible to jump back to any phase if necessary. By testing the prototype, a completely new interaction with the user is created. On the one hand, the user has the possibility to make a real experience - the abstract idea becomes an experience - and on the other hand, completely new experiences involving the user can be gained. With an app as a prototype, for example, the whole experience in the app can be analyzed- every single click. In this phase it becomes clear how well the user knows his own problems.

In a project with "Netzwerk Unternehmen integrieren Flüchtlinge (NUiF)" we only became aware of the real needs of our customers when the prototype was held in our hands and tested. With the newly gained knowledge, we re-analysed the collected results from the previous phases, conducted further interviews, and then developed a new idea that inspired the client.

The iteration of the individual phases is an important step to better understand the user, as he often does not know his own problem. By creating and testing a prototype at an early stage, ideas are quickly evaluated and an understanding of the user is established. Thus, step by step, together with the user, an idea is developed to the finished product, which the user then buys.

If you need new impulses for brainstorming and problem solving, Design Thinking is just the right thing for you. Together with SABO Mobile IT GmbH, we accompany you from the generation of the first idea to the finished solution. Through the combination of Design Thinking and individualized software development, we offer you a complete package that meets your needs and supports you in your digital transformation as a strong partner. 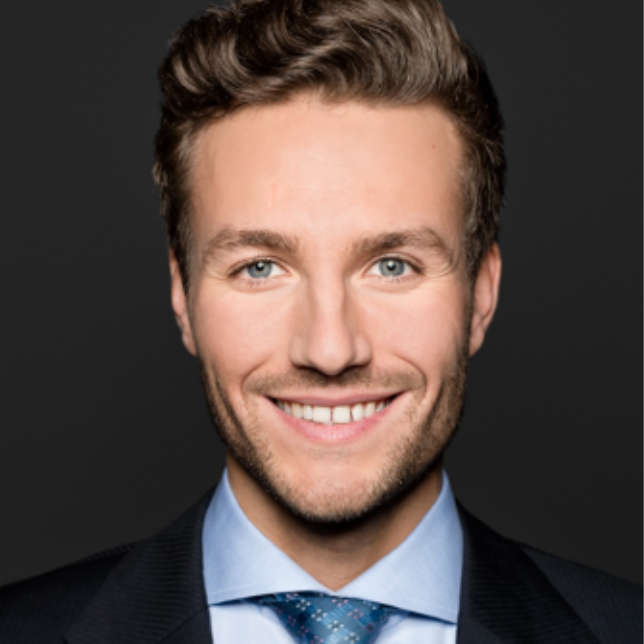 view profile
Haiko is an enthusiastic design thinker, with an education at the renowned Hasso Plattner Institute in Potsdam. He spent the last 3 ½ years in the innovation management of AUDI AG, where he digitized the internal planning processes. With a strong focus on the user, he investigated the application possibilities of artificial intelligence for the automation of the assembly line.